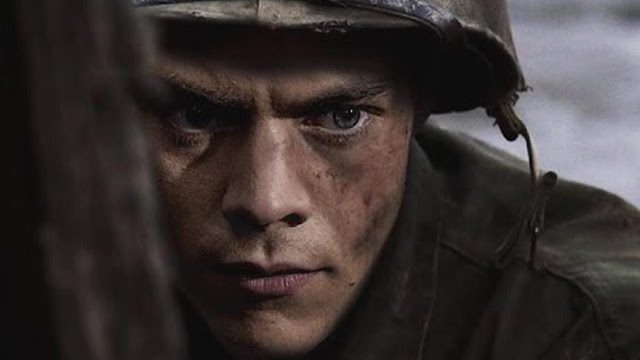 Dunkirk : A Reflection of British Identity in Brexit Era?

Ever since Britain voted to leave the European Union(EU) last year, many nations of the EU termed it as a colossal economic disaster, with several citing it as a modern tragedy for the once great sovereign. While the world laughed, the island nation stuck its ground, and today, it is not bound by any of the EU laws on areas such as agriculture, justice and home affairs. Now that it is free to establish its own trade deals, its GDP is projected to rise by an estimated 1.6%, an economic victory at a time when the world thought that Britain had shot itself in the foot.

The timing for Christopher Nolan's war epic Dunkirk could not have been any better. A retelling of the British forces isolated on the beaches of France, desperate to leave the European subcontinent. The aftermath was gloomy, with the entire world seeing the act of mass evacuation as a sign of weakness. The evacuation was presented to the German public as an overwhelming and decisive German victory. But what was seen as a defeat for others, was seen as a miracle to Winston Churchill, who famously termed the evacuation as a "disaster turned to triumph".

"If you're going through hell, keep going"

Dunkirk is that rare World War II film, that refrains from emotionally manipulating the audience through show of false heroics. Nolan is far better than that! Sure, there are occasional bursts of emotions, but these are not because a character is sacrificing his life, or courageously shooting down the enemy planes, or saving someone's life. The strength of Nolan's film lies in its subtler moments. Here, Christopher Nolan takes the risk of not allowing us to empathize with the characters, and it pays off. We don't even get to know the names of most of the key characters. The focus is never on who they are, who they pretend to be or where they come from. Instead, Nolan tries to get the audiences to ask if will his characters find a way out of the carnage? Will they be killed by the next bomb dropped from the next Luftwaffe that passes by? Will they be crushed by a boat while crossing?

Nolan achieves all this and more, primarily due to his technical expertise and understanding of his craft. The film demands to be seen in IMAX. With an estimated 75 percent of the film being shot using IMAX cameras, viewers are presented with an immersive experience. When the film is shown from the point of view of a Spitfire pilot, you are not just watching a mid-air battle, but you are a part of the cockpit. Whenever the scene shifts to a ship or boat, you feel claustrophobic. When the film focuses on the stranded Army, you are a part of the frantic chaos as bombs are dropped and bullets whiz past you. Add to all this, Hans Zimmer's bombastic sound mixing synthesized to the sound of a ticking clock(incidentally that of Nolan's own watch), the audience is presented with the auditory illusion of urgency.

There is very little dialogue and the suspense is created solely through amazing detailing. In spite of the visceral nature of the war sequences, the film never for once succumbs to the temptation of showing any blood or gore, a trick that most filmmakers use nowadays. Instead, the movie makes tremendous use of practical effects such as employing the use of thousands of extras. This works, particularly well since the IMAX cameras captures every emotion outlined in every face of the crowd, be it fear, when the sound of an airplane is heard, be it desperation, be it relief, etc. Kudos to the entire team for assembling the very same boats that had participated in the actual Dunkirk evacuation, and for using genuine era-appropriate planes for the aerial sequences. All these factors have succeeded in gifting the film a level of realism, a trait that is often missing in other war films of this nature. 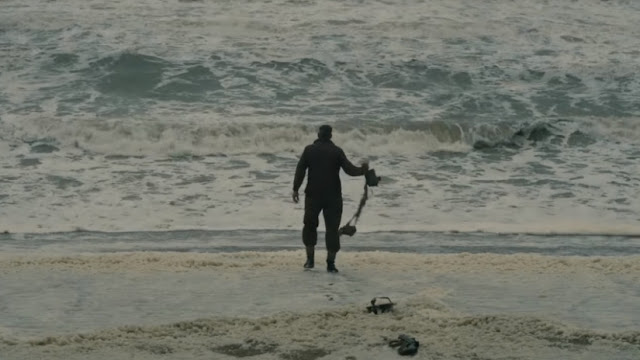 Dunkirk serves as a hypnotic synthesis of land, air and water, all told in a non-linear narrative. Clocking at 106 minutes, it's one of his shortest films, and unlike his last two films - Interstellar(2014) & The Dark Knight Rises(2012), the director can hardly be accused of over indulgence with this one. Juggling between narratives and keeping the viewers perplexed with his subjective idea of the time puzzle, only to reveal the big mystery in the third act, has been a common tool Nolan has effectively used in many of his films, including this one. The only problem I found with a near perfect film such as this was that if you strip away the perplexing nature that the film offers, then looking back, the film feels nothing but a linear and way too simplistic tale of survival and hope. I cannot help but feel that this time, Nolan has tried to confuse the audience just for the sake of confusing them.

Coming to the million dollar question....Is this the best film in Nolan's filmography?

Like all of his films, that's a question that's open to interpretation.

* Looks like Christopher Nolan enjoys having Tom Hardy wearing a mask throughout his films. If he wore a super-villain mask as Bane in The Dark Knight Rises, its an oxygen mask this time.

* I personally loved the fact that while we were shown the British army caught in a storm of bombs and bullets, we are never for once shown the Germans on screen. This very well serves to heighten the sense of isolation faced by the British army.

* Finally we have a big budget war film that doesn't show the Americans getting involved.

* Director Christopher Nolan actually rode in the Spitfire shown in the movie in order to get a sense of the aerial feel of the fighter plane; with the purpose being to help him shoot and provide an authentically realistic experience of the dogfights for the audience.