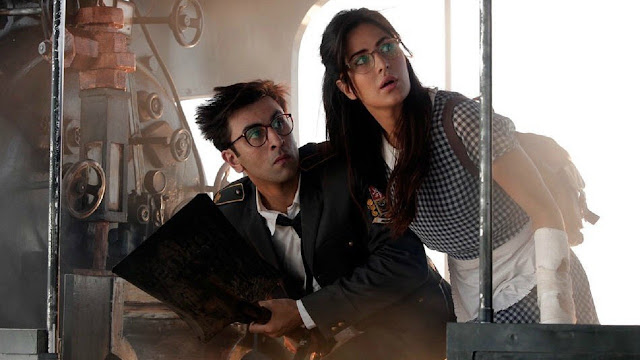 Ever since Shahrukh Khan presented Indian audiences with the ambitious, yet embarrassingly flawed Ra.One(2011), many filmmakers have 'claimed' to have made films that match Hollywood standards in terms of action and VFX. While one cannot deny the amount of time, money and effort invested for several of these ambitious films, the final product has always been laughable. This fixation with matching Hollywood achieved stratospherical heights a few months back with the release of Baahubali 2 : The Conclusion. While there's no denying that this giant certainly raised the boundaries tenfold, there were still plenty scenes where one could easily spot the shoddy CGI patchwork. Made over a period of three years at a fraction of a budget of Baahubali, the action sequences in Jagga Jasoos feel far more organic.

That Anurag Basu is a master storyteller in the visual medium, there is no doubt about that. With Jagga Jasoos(and Barfi!), he succeeds where Kabir Khan failed with last month's disappointingly mawkish Tubelight, and that is in creating an inherently dreamy world occasionally filled with a Charles Dickens-esque pathos, without trying too hard to yank at our sympathy cords. Bollywood is in dire need of more such directors, who can effortlessly weave celluloid magic, without appearing to be trying too hard while at it, the way Anurag does. Anurag's use of visual imagery, metaphors, detailing, and non-linear storytelling pattern has an oddly bewitching quality, something which very few storytellers, such as Rowling, possess.

Of course, all this would have been impossible were it not for the film's superbly fluid cinematographer Ravi Varman, who is essentially the second star of the film. With Bollywood projects such as Barfi!, Goliyon Ki Raasleela Ram-Leela(2014), and Tamasha(2015) in his kitty, the colorful frames for each of these films speaks for his exellence. Breathtakingly shot in picturesque locations such as Darjeeling, Morocco and Cape Town, Ravi Varman's cinematography helps the film smoothly oscillate between the film's many different subplots that are beautifully interwoven with each other, thereby giving the audience a connect-the-dots feel.

The screenplay is definitely the best to come out of a Bollywood film in years. I can't remember the last time a movie had such an innovative screenplay, not since perhaps Rohan Sippy's enticing thriller Dum Maro Dum(2011). As the film progresses from one chapter to the next, each of which loosely focuses on Jagga solving a case in a manner that would make Sherlock nod in approval, viewers may feel like they have simply finished reading one Tintin comic, before picking up the next issue.

Pritam's peppy music blends seamlessly with the plot, and it's refreshing to see Bollywood going experimental with its music after so long. The last time we had a true musical was Shirish Kunder's Jaan-E-Mann(2006), but that was a film that had far lesser actors, and Indian audiences weren't yet exposed to the concept of musicals. Cut to 2017, in a post La-La-Land world, it won't be so hard for Jagga Jasoos to find acceptance.

While the film mostly relies on the director's technical wizardry, which takes away the spotlight from its leading man, Ranbir Kapoor is assuredly brilliant as the stuttering teenage detective with a tuft of hair sticking out at an odd angle on one side, which is an obvious homage to the iconic character of Tintin. If he managed to charm you with his joie de vivre spirit in Barfi!, then in Jagga Jasoos, he never fails to emote for one second, even when he is at his most poker-faced. For all cinephiles, it is immensely satisfying to know that here is at least one superstar who is consistently willing to experiment and take risks, rather than being limited to playing safer roles. While it's certainly not his best role, it is unfair to compare any of his individual roles with each other, given that he always attempts to bring something novel to every character he plays. 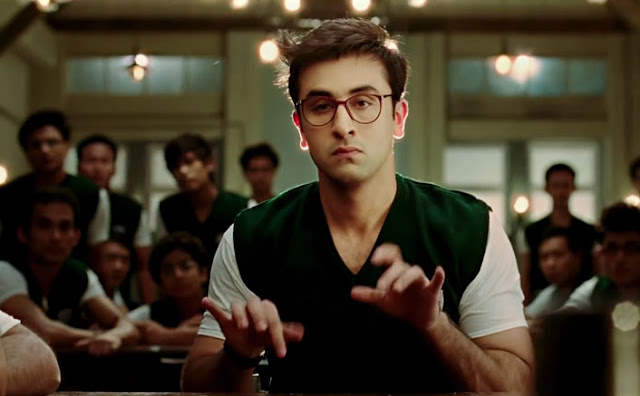 Katrina Kaif is the weakest thing about the film. It's not like she spoils the film in any way. Actually, she does a pretty good job at forging a breezy chemistry with our hero, but that's about it. Apart from her bubbly charm, she doesn't really bring anything else to the film, and while she looks lovely like all Disney movies including this one require its female leads to be, when placed in the same frame as Ranbir, it's very easy to see who outshines the other by miles. In fact there are a few songs in the beginning where she even fails to lip-sync with the vocals, and you cannot help but wonder, whether was her heart really into the film. You've got to question Anurag Basu's choice as to why he could not have settled for a more talented actress such as Alia Bhatt or Priyanka Chopra. But then again, this is the same guy who offered Katrina the role that Priyanka eventually played in Barfi! Thankfully, all her shortcomings are cleverly hidden by some expert editing.

Saswata Chatterjee as Jagga's foster father is endearing and manages to leave a smile plastered on your face with his bumbling idiosyncrasies. 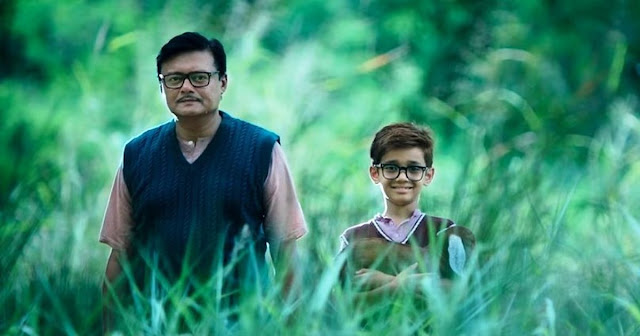 Saurabh Shukla and Sayani Gupta are wasted in their short roles, and that's a shame considering how much we loved Saurabh's character in Barfi!, and I was particularly looking forward to seeing 31-year old Sayani Gupta play a 14-year old girl, especially after her last performance as a grieving widow in  Jolly LLB 2. Sadly, she's left criminally under-utilised with barely five dialogues.

Who funds the ISIS war in Syria? Was Saddam actually good for the Middle-East? Did Bush actually orchestrate 9/11? The film is not just content with being a simple action adventure flick targeted at kids, but subtly asks a few very uncomfortable questions, without taking away the lightness of the film.

Is Jagga Jasoos a better film than Barfi!?

Back in 2012, the crackling duo of Ranbir and Anurag created something that was truly magical, the sort of magic that could only be created if you had a certain level of mania. With Jagga Jasoos, you can recognize a pattern to that mania, and that somehow takes away half the magic.

Should that stop you from seeing this film.