Lipstick Under My Burkha(2017) Review 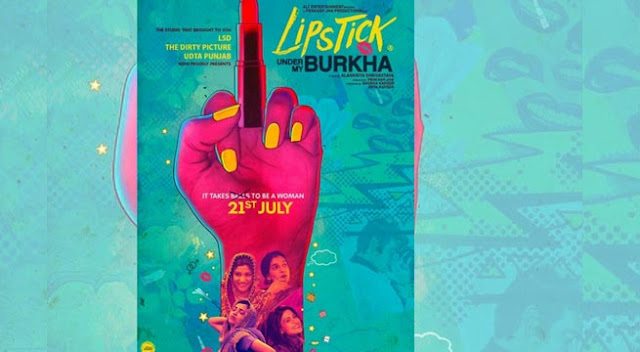 At the turn of the 20th century, films were considered as a modern marvel, that emerged from the creation of literate and politically active societies informed by a mass media. Many governments were quick to realize the potential that films had in swaying public opinion in favour of its policies. Soon politics and films began to intertwine. In 1912, the first propaganda film Independenta Romaniei was released. The movie was used for propagandistic purpose to shift the perception of the Romanian public towards accepting Romanian involvement into an expected Balkan conflict.

World War I, The Great Depression, World War II, these were significant time periods, each of which produced their own set of propaganda films. The 1930s and the early 1940s was known as "The Golden Age of Propaganda". It was a time when the world was embroiled in an endless conflict. Joseph Goebbels, the second-most powerful man in Nazi Germany was appointed as Minister of Broadcast and Propaganda, during which time, he made several films that were tailor made to draw sympathy for the Nazi campaign. On the American side, films such as Thirty Seconds Over Tokyo(1944), Casablanca(1942) & Charlie Chaplin's The Great Dictator(1940), were so loved by the public that they were never really considered as tools for propaganda. Many events such as The Cold War and 9/11 have since shaped the global shape of the world that we know today.

"Goebbels considers the films he's making to be the beginning of a new era in German cinema. An alternative to what he considers the Jewish-German intellectual cinema of the '20s, and the Jewish-controlled dogma of Hollywood."

Cut to 2015, the year in which Pahlaj Nihalani, a true force of nature(a regressive one), was appointed as the Chairman of the CBFC. This person, who was famous in the 90s for producing films that had songs so crass and full of double-meanings, insisted that films that were responsible for making India proud at some of the most prestigious international film festivals such as Omkara(2006), Gangs of Wasseypur(2012), PK(2014), and of course Udta Punjab(2016), should never have been allowed to release. Nihalani's policies of scissoring a film that does not meet with his idea of tradition and Indian culture reeks of propaganda. A very different type of propaganda that undermines the intellect of the youth. It's a type of propaganda that is unwilling to come to the fact that society can have independent women who can make decisions for themselves. It's highly ironic that his brand of propaganda seeks to stifle the voice of a movie called Lipstick Under My Burkha, a movie that rebels against Nihalani's regressive mindset that could only find its place inside the brain of an obsolete dinosaur.

I am aware that this post is about the review of a film I was proud to watch with a full audience, and not an essay on film propaganda. However, any talk of Lipstick Under My Burkha would be incomplete without speaking about the very powers that the movie speaks out against.

These are the chilling words said by one of the female protagonists right before the intermission. Turning 30!!(2011) director Alankrita Srivastava smoothly oscillates between the self deprecating humor and pure shock as she presents to us a world filled with characters that are whimsical when harried, and rebellious when left to themselves. She uses the opportunity to touch upon various issues such as marital rape, choice of clothes to wear, the claustrophobia that several Indian women face at the prospect of a forced marriage, the right to have fantasies, irrespective of gender, etc.


Some of the film's rebellious scenes such as the one where a girl who simply wants to fit in, decides to join a college protest against authorities forbidding wearing of jeans on campus, are reminiscent of the French classic Blue is The Warmest Colour(2013). Some of the widely controversial sex scenes are not at all vulgar, and instead, have been used as pivotal moments in the film to address certain key issues. 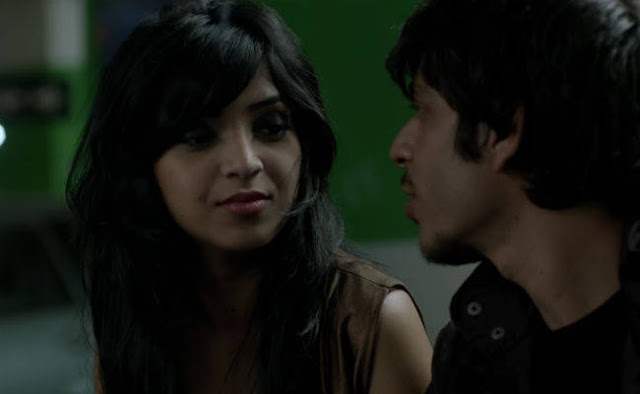 The film benefits enormously due to its ensemble cast. While the relatively unknown Aahana Kumra and Plabita Borthakur provide the film its rebellious tone, veterans like Konkona Sen Sharma and Ratna Pathak Shah lend the film immense credibility and gravitas. Amongst the male cast, Vikrant Massey(last seen in this year's best film A Death in The Gunj) and Shashank Arora shine out in particular. Sushant Singh seems to be content in playing repellant characters film after film.

The only issue I have with the film is the way it projects all its male characters to be the traditional male chauvinist pigs. But that's a minor grouch in a film this good, that rises above being a typical 'feminist' film, especially with the treatment of the climax. This is not the sort of film where all the women gang up against the world and take swift action. It is not the sort of film in which a protagonist decides to leave her husband/fiance/boyfriend in Queen(2014) style. Here, the moment of epiphany is far more subtle, and reminds of Ritesh Batra's masterpiece The Lunchbox(2013).

Lipstick Under My Burkha is a film that deserves to be watched at a time when Mr. Nihalani feels that the Indian mentality isn't ready for such progressiveness yet. It's a film that condemns his stance on moral policing. I watched the film with a full audience that never for once, felt the film was vulgar in any way, never for once felt the film was spoiling our culture. It's a film I was proud to watch with my parents. By coming out in numbers to watch this new era-defining film, the 'progressive' Indian audience has proved that it exists. The 'progressive' Indian audience which Mr. Nihalani feels will not be mature enough to accept such a film has proved him wrong yet again.

It's about time that this hypocrite embraces the new mentality, or like the film poster, we'd all be glad to show him the finger.