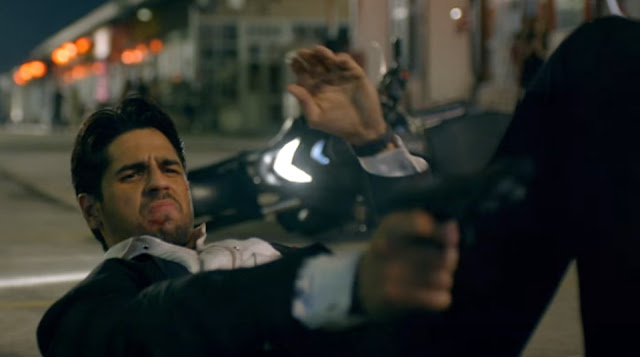 Okay, so I know that as a film critic, I must not form any opinions about a film before I have even watched it, but the trailer of the film, besides managing to give its viewers the occasional chuckle, didn't really get me excited, apart from the fact that A Gentleman has been directed by the Indian-American director-producer duo of Raj Nidimoru and Krishna D.K., best known for their unique works such as 99(2009), Shor in The City(2011) and Go Goa Gone(2013). A typical action comedy flick in which the main protagonist gets caught up in a series of unfortunate events, due to the usual done-to-death case of mistaken identity doesn't exactly qualify as original. Except wait, Raj & D.K. are very well aware of this flaw, and it is to their credit, that they manage to turn this flaw to their, and to the film's advantage.

A Gentleman can be an exceptionally silly movie to watch, but on the plus side, it's entertaining while it lasts. With a plot that's loosely borrowed from the Arnold Schwarzenegger starrer True Lies(1994), Raj & D.K.'s quirky writing and direction makes you laugh out loud at just the right moments. The humor is not the usual mainstream slapstick affair, rather it is of a slightly more intelligent kind. The action scenes however are a big let-down and seem to have been made up by merely stitching together confusing split-second shots, and adding annoyingly loud sound effects of punches to give it the appearance of a slick action set-piece. This is the problem with many of the recent Bollywood action films, that have begun to be overly reliant on the traditional South-Indian masala fare. I'm just waiting for the day when we can have a movie of our own that boasts of its own single-shot action sequence, like the one seen in the recent Atomic Blonde(2017).

In my review of Dunkirk(2017), I mentioned how Christopher Nolan is fond of inserting a twist in nearly all his films, by playing around with his own subjective idea of the time puzzle. While comparing Raj & D.K. to the likes of Christopher Nolan would have to be a laughable overstatement, the twist that they manage to weave into the storyline is neat and inventive by Bollywood standards. The makers cleverly provide the audience with distracting clues in the first half, before informing them mid-way that the jokes on them(the audience), and this revelation alone is worth the price of the ticket!

In the recent past, Sidharth Malhotra has been repeatedly criticized for his wooden expressions, but his poker face kinda fits right into this sort of film, where he gets to channel his own Ethan Hunt. Honestly, nobody watches Mission Impossible for Tom Cruise's expressions. People watch it because of his charisma. And as far as Sidharth is concerned, he does it with elan. 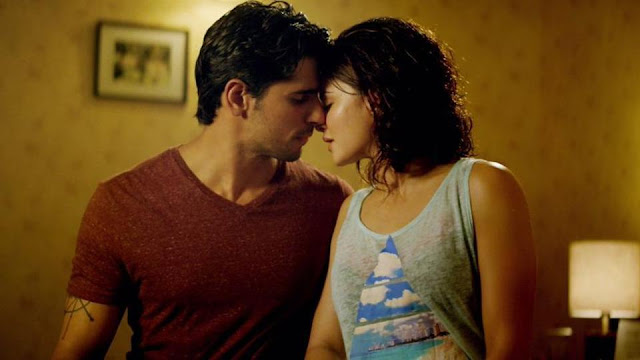 Jacqueline Fernandez is strictly okayish, and while her chemistry with Sidharth sizzles, her character is terribly underdeveloped. Maybe that's not such a bad thing since Jacqueline isn't really known for her acting talent, but c'mon Bollywood! Can't an all-out action entertainer have a female character that's more than just a glam doll? Suniel Shetty shows up as the main antagonist, but besides showing how well he's aged, he looks almost like his character from Main Hoon Na(2004), but on enhanced proteins, and does not succeed in being menacing at all. Mary Kom(2014) actor Darshan Kumar is impressive in his action scenes. But it is Hussain Dalal as Sidharth's work colleague named Dixit(read: D**kSh#t), who walks away with some of the film's most funny moments.

The music by Sachin-Jigar is peppy, and thankfully, there are very few songs that break the narrative. The second half however, overstays its welcome by almost 15 minutes, and could have been done with some tweaking. Thankfully, an impressive screenplay powered by quirky dialogues, and a more than satisfactory twist helps elevate this silly film into an ideal weekend watch that's just about worth your money.