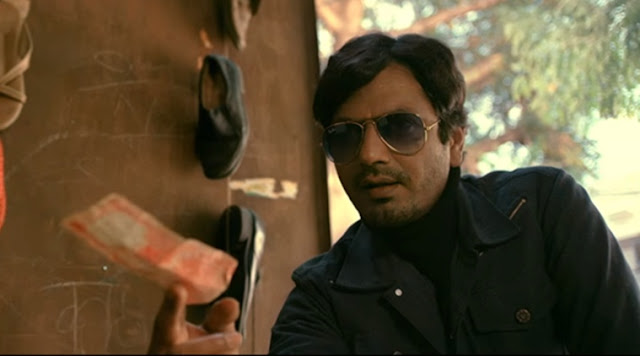 A Ballad of Violence & Comeuppance!

I was around 7 years old when I was first introduced to Sholay(1975) by my dad. While I enjoyed watching the rogue masculinity exemplified by the likeable outlaws Jai and Veeru, I could not quite comprehend as to why so many people regarded it as not just a film, but an event. Cut to more than a decade later, after I was fed on a heavy dosage of iconic Spaghetti-Westerns such as The Dollar Trilogy, Death Rides A Horse(1967), Once Upon A Time in The West(1968), etc. it was only then that I began to understand the brilliance of Sholay. Watching Amitabh Bachchan channeling Clint Eastwood changed my outlook completely towards the film. Who can imagine that a film like Sholay initially opened to such negative reviews? It was only with the passage of time that critics began to hail Ramesh Sippy's vision of drawing heavily from the conventions of Westerns, made famous by the legendary director Sergio Leone.

I suspect Babumoshai Bandookbaaz awaits a similar fate. Some people may not be willing to accept the lack of our (anti)hero's morals, like they may have done in last year's guilty pleasure Raman Raghav 2.0. Some people may find the gory violence and expletives far too extreme. The same people would have showered the film all the love and appreciation it truly deserves had this been directed by a far more credible name such as Anurag Kashyap. Directed by the relatively unknown Kushan Nandy, I believe that this is exactly the sort of film that critics would begin appreciating once they notice the cinematic tribute the film has to offer to the iconic works of Sergio Leone, instead of just dismissing it as a poor man's wannabe Gangs of Wasseypur.

Back in the 70s, adapting a Spaghetti Western to Bollywood appetites meant making a movie featuring a wronged vigilante character who goes on a roaring rampage of revenge, usually involving the traditional formulaic elements such as a villainous dacoit, a sensual village belle, a priest, and so on. Kushan Nandy cleverly sets his tale of money-seeking bounty hunters in the badlands of Uttar Pradesh, where the moral boundary between legality and criminality has withered, and the value of a human life depends on the ego of a few wily politicians and lusty contract killers. Kushan Nandy skillfully manages to paint a gritty world as he immerses the viewers in his bleak world of crime, the first half of which raises its hats off to the most iconic westerns of all time - The Good, The Bad & The Ugly, while the second half goes into Kill Bill territory, along with a climax that pays a clever homage to Sergio Leone's swansong Once Upon A Time in America(1984) and to Robert de Niro's epic war drama The Deer Hunter(1978). 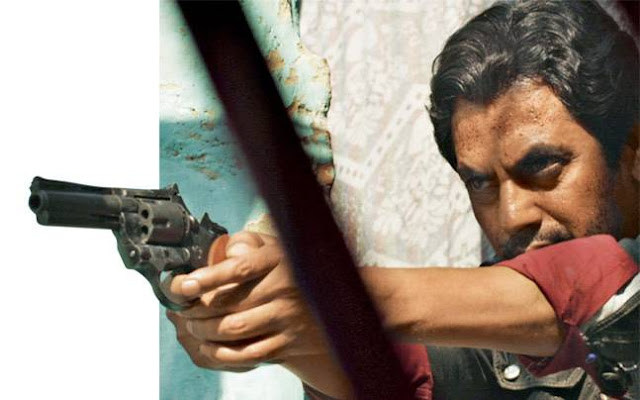 Forget everything and just look at Nawazuddin Siddiqui's face. At first glance, you might think you're watching the face of a simpleton. A simpleton who cannot possibly understand what nuanced acting is, let alone be a part of intellectual cinema. Just notice the unrefined manner in which he talks. Such a guy cannot possibly be aware about the likes of Sergio Leone, Clint Eastwood, Robert de Niro, Lee Van Cleef, Eli Wallach, Martin Scorsese, and so on. Now take a look some of Nawaz's most popular characters such as Faizal Khan(Gangs of Wasseypur), Raman Raghav(Raman Raghav 2.0), Shashi(Talaash), Sonu Duggal(Miss Lovely), Liak(Badlapur), and many more, and you'll realize who is having the last laugh. I really don't need to elucidate any further on his acting.

Bidita Bag is a real find, and scorches the screen with her earthy presence and smoldering eyes. However, it is Jatin Goswami as a competing bounty hunter, who commands the screen inspite of Nawaz's larger than life screen persona.  Some of his 'guru-chela' banter with Nawaz form some of the film's best scenes. He is like the comic presence that Eli Wallach's character provides to Clint Eastwood's in The Good, The Bad & The Ugly. Divya Dutta's foul mouthed politician act is entertaining, while Masaan(2015) actor Bhagwan Tiwari is excellent as the child(read : son) producing machine/policeman, whose only aim is to give birth to a daughter!

Made on a paltry budget of just 5 crores, Babumoshai Bandookbaaz is a visual treat to the eyes. As mentioned earlier, it could easily have been passed for a poor man's Gangs of Wasseypur, had it been content to settle for a more straightforward revenge approach. More than half the work is already done when you cast Nawaz as a trigger-happy hitman. Instead, the makers go the extra mile by sculpting a thoroughly despicable character whose idiosyncrasies we can't help to fall in love with. And when you have a blood soaked climax that screams - "SHAKESPEARE!!", how can you possibly go wrong?

If you're fond of investing yourself in a hero without any morals, and only if you have the stomach for some Sweeney Todd like violent climax, then this one is an instant must watch!