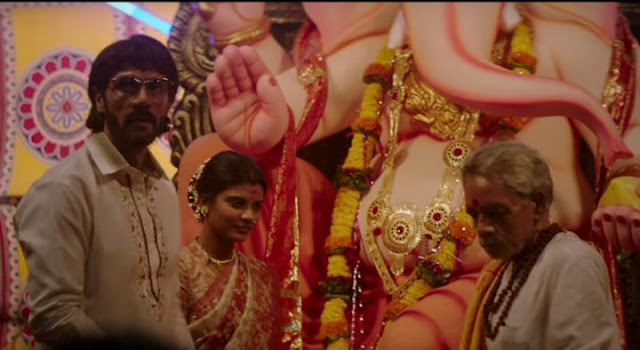 If one were to simply look at the kind of gangster garbage films coming out of Bollywood land in the last few years itself, one would notice a pattern. It's almost as if you need a tried and tested recipe to make a perfect cash-wielding gangster potboiler. All you need is to add in some commercial elements in the form of a needless item number, that's bound to be an instant chartbuster. Throw in a couple of high octane chase sequences between the police and the bad guys, some useless boring romantic side-story that's actually meant to show the gangster as a regular family guy, a shoot-out between members of rival gangs, each of whose leaders have egos that would give the likes of Donald Trump and Kim Jong-Un a run  for their money. Last but not the least, glorify our gangster protagonist by painting him as a victim of unfortunate circumstances, that's only meant to garner the audience's sympathy votes and make us disregard the true heinousness of his crimes.

Except that given the conventions of the Indian film industry, Daddy refreshingly bucks this trend!

"In five years, the Corleone family is going to be completely legitimate." - Al Pacino[The Godfather(1972)]

The real strength of a movie like Daddy is that it doesn't romanticize it's hero. There are plenty of scenes that give us more than just a fleeting glimpse of Arun Gawli, the smuggler and murderer, before he became a messiah-like figure among the residents of his stronghold Dagdi Chawl. It's not the sort of film that outright states whether Gawli was correct or wrong for doing whatever he did, but instead uses various characters who provide their own subjective, alternative, self-serving and often contradictory versions of the same character, a plot device that was first seen in the Japanese period film Rashomon(1950).

After presenting to us with his hypnotic universe of retro pleasures and pains in the form of Miss Lovely(2012), director Ashim Ahluwalia yet again adopts an unconventional approach towards the 1970-80s time period, that blurs the lines between documentary and mainstream filmmaking. This is clearly a milieu that Ahluwalia understands as he seeks to tell us a delirious Cain & Abel style tale. Amid all the interplay of colours, tones and textures shot by cinematographers Jessica Lee Gagne and Pankaj Kumar, the production values and attention to detailing doesn't disappoint one bit as we see a Mumbai of the 70-80s at its grittiest. 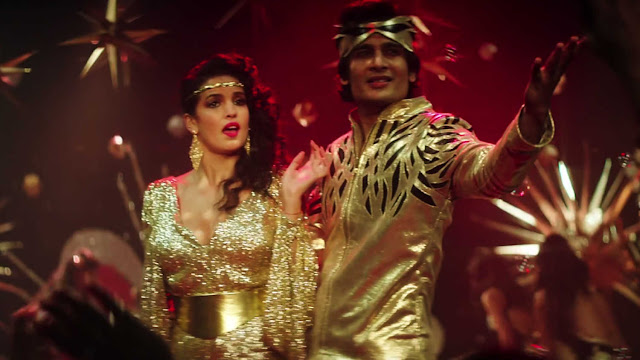 National Award winning actor Arjun Rampal sinks his teeth into the role with admirable restraint. Whether, it is wearing the prosthetic nose, smoking the chillum, softly grunting, or simply getting the Marathi accent bang-on, Arjun proves how well he's done his homework with the subject matter, and hits the bull's eye with this career-best performance. Rocky Handome(2016) villain Nishikant Kamat as the ammoral Inspector nursing a grudge against Arun Gawli is impressive.

Farhan Akhtar as Dawood Ibrahim(named Maqsood in the film for obvious reasons) is the surprise package of the film, and is wonderfully restrained. Some of the exchanges between him and his Rock On!!(2008) co-star are exciting to watch.

As mentioned earlier, Daddy is clearly the sort of film that possesses almost zero commercial elements, which may not go down well if you're expecting the usual masala fare. However, for someone who has an insatiable appetite for the Martin Scorsese brand of criminal street life, then this movie is right up your alley. The whole film feels like life in 'Bad'-Old Days of Bombay.