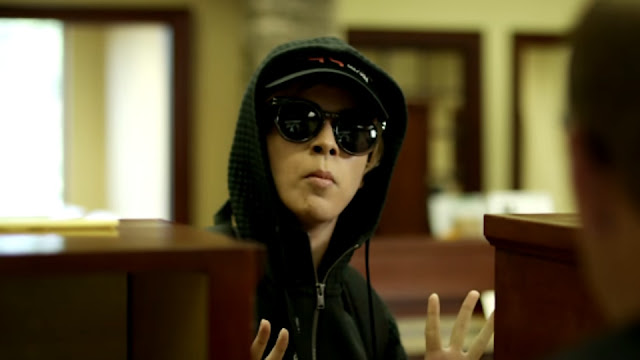 A Gujrati housekeeping lady in the US allows ambition to get the better of her & gets involved in a world of crime. Simran is a racy, fun film with Kangana Ranaut playing the titular role.

Unless you've been living under a rock, you'd probably be aware of the ongoing feud between Kangana Ranaut & her co-writer Apurva Asrani, as well as her many other controversies. Naturally, people have been quick to judge and form their own opinion, as if they believe they know everything like the Three Eyed Raven! While it's futile for us to seek the truth as to what actually transpired between Kangana and her film industry colleagues, for truth can be stated in a thousand different ways, yet each one can be true, here's the divine truth that I know...

KANGANA RANAUT IS THE BEST DAMN ACTRESS IN BOLLYWOOD!

Like this year's iconoclastic Lipstick Under My Burkha, director Hansal Mehta uses humor to show us how a rebel can rise like a phoenix from the ashes of a broken spirit, that was previously suffocated by the restrictive environment filled with elderlies who enforce their failures on their off-springs. While it's fun to see the film paint its villains in the form of parents who just can't seem to adjust to the independence that the present generation enjoys, you wish the film hadn't opted for a caricaturish approach when it comes to dealing with the secondary characters. If only, Apurva Asrani and Kangana Ranaut would have worked on a collaborative note, rather than stealing each other's credit, the film could have served us with better fleshed out secondary characters. Instead, the sloppy writing offers us the usual bunch irritating "log kya kahenge" type parents, and the bad Uncle Sam, who sells his idea of the American Dream to naive, ambitious individuals like Praful Patel.

Loosely based on the life of Sandeep Kaur, an NRI in the United States, widely known as the 'Bombshell Bandit', Simran offers its audiences with an adorably flawed and complex protagonist in Praful Patel. Like the actress playing her character, love her or hate her, you cannot break her freely wandering spirit. Similar to Harry in Jab Harry Met Sejal, Praful is someone who has embraced her imperfections and makes no hesitation is displaying them proudly. At one point, she mischievously confides with her cousin how she prefers being bad over good, since bad girls get more boyfriends. So many films in recent times have determinedly tried to paint their leading ladies as fierce, broad-minded independent women, but still, these are characters that are referenced from the male point of view in an attempt to make them more likeable by painting them as progressive free thinking males.

Kangana the actress far outshines Kangana the writer. With Simran, she proves what she has been professing all this while, and that is that an Indian leading lady can actually carry the weight of the whole film on her petite shoulders. Whether it is getting her Gujju accent right(without the caricatures) or her unwillingness to see her parents' choice of 'ladka', Kangana plays Praful/Simran with a rare dignity, that makes her flaws seem all the more real and relatable. It's true that while the weakest aspect of the film is that it has been tailor-made to fit Kangana in nearly every frame, the fact is that her charming presence makes you forget all these flaws instantly. Acting in a role that could have easily had any actress succumbing to histrionics, a completely de-glam Kangana allows her body language and mannerisms to do the talking. Just watching her disarming smile even in the face of adversity, it's hard for you not to root for her. 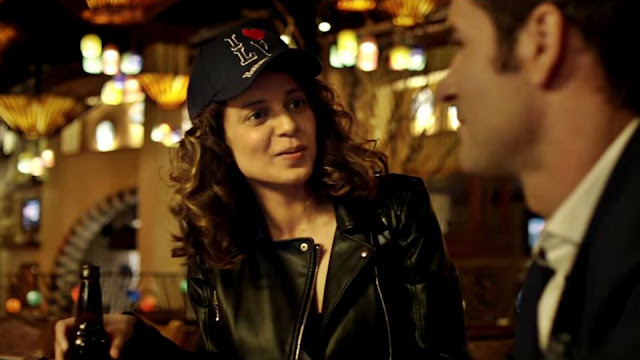 Amongst the secondary cast, Sohum Shah is impressive as the potential hubby. Thankfully, the makers don't opt for the traditional route of painting him as the usual male chauvinist pig, but actually for once show a sensitive but misunderstood guy. Sadly, the same cannot be said of the rest of the cast, who either just do not have enough screen time, or simply that their characters are way too cartoonish to actually deserve a mention. Take for instance the the shady black money launderer, whose only noteworthy line is -"Yo! Where's my money b***h?"

At the end, Simran is an enjoyable ride that is let down by its many minor flaws. I'm going with 2.5/5, and an extra half star for the one (wo)man force that is Kangana Ranaut.