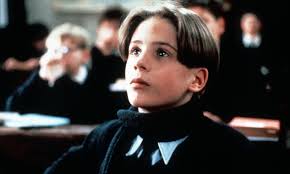 A French boarding school run by priests seems to be a haven from World War II until a new student arrives. He becomes the roommate of the top student in his class. Rivals at first, the roommates form a bond.

Much like its wine, French classics are for the true cinemaholic connoisseurs. Widely renowned for combining the meticulous art of film making with sublime narrative, this epicentre of a cinematic earthquake has produced many a film that has ripped apart the traditional rulebooks, pointing the way towards a more modern, personal style of film making. Being a culture snob with a deep knowledge of French cinema, having seen most of Jean-Luc Godard's works, I thought I had seen it all! Thankfully, I was proved wrong when I got the chance to see Louis Malle's highly celebrated Au Revoir Les Enfants, at the 19th MAMI Mumbai Film Festival. But that is the beauty of cinema, just when you feel like there aren't any films left to watch, that make you sit up and take notice, there's always a film out there, from some part of the world, waiting to tell its own unique story.

Based on an incident from director Louis Malle's own childhood, Au Revoir Les Enfants serves as a throwback to a much simpler time, when bonding between pre adolescent children was never initiated through social media, rather through the necessary rituals of bullying. This being an autobiographical film, we get a peek into how Louis Malle's childhood may have been all those years ago, attending boarding school with a bunch of other tweens facing their first onslaught of puberty, reading 'Arabian Nights' at night under a torchlight, only because of their high dosage of sexual content. Much of the film's oddly bewitching quality is largely due to the manner in which the camera captures the well defined characters. So there is always that one lanky kid in the classroom, whom everyone takes special pleasure in bullying, there is that fat school nurse whom everyone makes jokes on, there is that lovely piano teacher who is the subject of every boy's infatuation, there is that kind-hearted but strict priest who is also the principal of the school, whose stern countenance every school kid respects and fears simultaneously.

These characters are brought to life by an impeccable ensemble cast. Gaspard Manesse has an immensely likeable screen presence as the class topper Julien, whom everyone thinks of as a cool kid, inspite of the fact that he secretly wets his bed at night. Raphael Fejto as the Jew kid in diguise Jean Bonnet, who is a socially awkward boy with a talent for arithmetic and playing the piano, gives a performance far too mature for his own age, that is sure to make your heart bleed. The film rests on the friendship formed between these two, and nowhere does it come across as forced. Francine Racette as Julien's unassuming mother lends in grace and dignity to her role, a charming quality that is very rare to find in period films nowadays. Equally impressive is Philippe Morier-Genoud as the likeable principal who places humanity over religion. 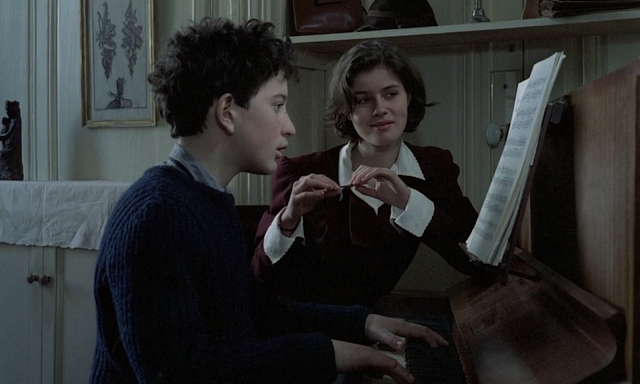 Au Revoir Les Enfants is a remarkable film in the sense that it is heart wrenching and simplistic at once. It's heart wrenching in the way it substitutes its coming-of-age theme by depicting the harsh realities of World War II. It's a simple film in the way it depicts these harsh realities through the eyes of its innocent children without even once displaying any form of violence on screen. Back in 1987, it was nominated for two Academy Awards, and was quite the sensation at many film festivals. The question is, it it relatable even today? Well, as they say, like fine wine, it's certainly aged well.