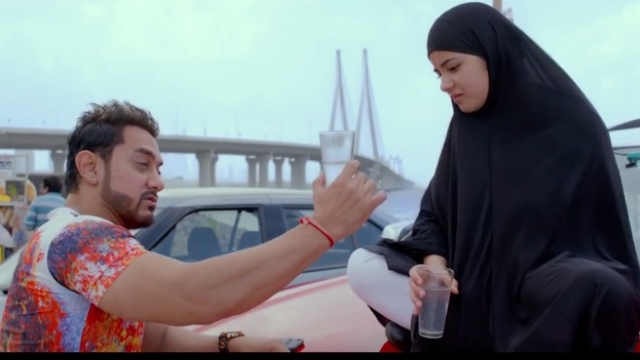 A Superlative Zaira Wasim Sings Her Way to Superstardom!

What is the point of life if you cannot dream? What is the point of life if everyday is just a routine? Ultimately it's only fools who dream. The everyday life of a foolish dreamer is chaos. For those of us who feel it is sensible not to dream, escaping from the chaos by sticking to a daily routine seems legit. Routine comes in very handy for those of us who are content with an ordinary life. We wake up, we work, we eat, we socialize and then we sleep, and we must be content with that. But routine can be very boring for those who are crazy enough to dream. To all the dreamers out there, life is all a big nothing, a gaping void to those sensible people who are expected to be content with their life. For all the fools who dare to dream, at a certain point in their life, it's better to take a leap of faith, and embrace the chaos like an old friend.

While the whole idea of struggling artists trying to make it big in the dog-eat-dog world of glamour and cinema is a done to death concept, Secret Superstar tells its story with refreshing novelty, and hits just the right notes when it comes to striking an emotional resonance with the audience. A couple of days ago, I reviewed the documentary City of Ghosts, in which I praised the way the real-life characters used the camera and social media as powerful weapons to expose the lies of a world famous terror organization. Secret Superstar uses similar tools as a means for its protagonist, a young aspiring singer belonging to an orthodox Muslim family, so that she can make her voice be heard across the globe. Her tools, a guitar, her voice, a laptop, YouTube, and a burkha, the last of which is used to protect her identity, so that her abusive father doesn't get to know what she is up to.
With just her second film, and with already one National Award in her kitty, Dangal actress Zaira Wasim proves that she is no one-film wonder. The way her character Insiya expresses her angst each time she remains a silent spectator to her mother being the victim of domestic violence is bound to break your heart, and leave you misty-eyed as she deals with all the disappointments coming her way. She is especially phenomenal in scenes where she is placed in front of a mic, her body language makes you believe that she's singing like a caged soul determined to break free. Meher Vij as Insiya's resourceful mother is the other secret superstar of this film that celebrates the many joys of motherhood. The film truly belongs to her and Meher brings the same kind of spirit that Tisca Chopra brought in Taare Zameen Par. Tirth Sharma as Insiya's school friend who has a crush on her, is a real find and has a very likeable screen presence. He even looks like a junior version of Nawazuddin Siddiqui. Raj Arjun as Insiya's abusive father is very impressive and without ever going over the top, makes you hate him. 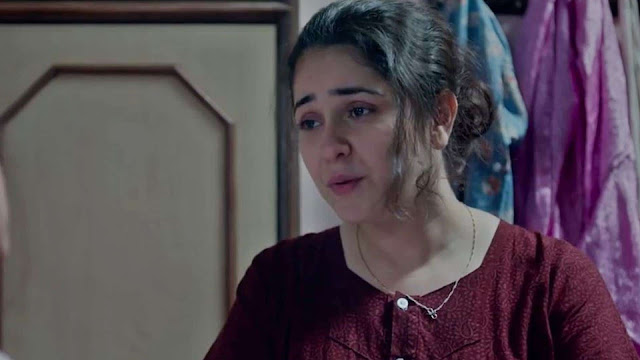 Of course, the film just would just not have been the same without Aamir Khan's wacky presence. As the thoroughly despicable, womanizing music producer Shakti Kumar, who feels like an Anu Malik caricature at first, this has got to be one of his most eccentric and funny roles ever. What could have been a caricature if played by anyone else, Aamir adds just enough nuances to make us actually like him, without ever taking the spotlight away from the leading lady.

The music by Amit Trivedi helps debutante director Advait Chandan tackle a serious subject such as domestic abuse, with a dreamy innocence. This could be the kind of film that may inspire a whole generation of foolish dreamers to break away from their routine and actually pursue their dreams, and while certain moments in the film, such as the climax, do require a suspension of disbelief, Secret Superstar makes for some uplifting entertainment.

* That climax has got to be the most emotional mic-drop moment ever.