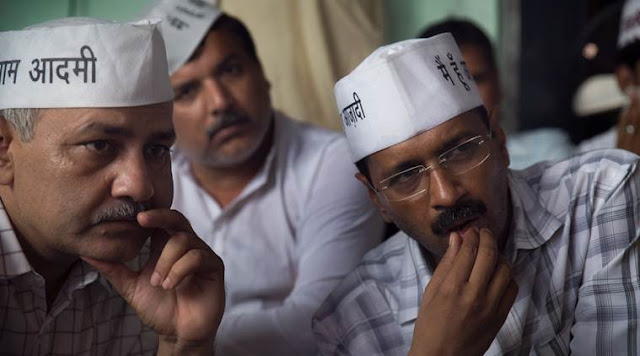 Conquering The Untruth With Truth!

"You either die a hero, or you live long enough to see yourself become the villain."
- Harvey Dent[The Dark Knight(2008)]

To be clear, An Insignificant Man never outright portrays its object of attention as a heroic figure. Serving as an all exclusive and uncensored insight into the very center of India's youngest political party, the film very consciously takes a neutral stand about its 'insignificant' protagonist, documenting the good, the bad & the ugly side of his meteoric rise and downfall. No matter how good your intent maybe at the time of joining politics, no matter how committed you are towards dedicating your life to public service, no matter how much you follow your principles and stick to your ideals, it's only a matter a time before the cracks begin to appear in your flawless persona, and the hounds start baying for your blood.

Who is Arvind Kejriwal? What does he stand for? To many, at one point of time, he stood as a symbol of hope, a messiah-like figure, armed with a broom, who was destined to clean out the swamp of corrupt politicians. He was incorruptible, he was infallible, and above all, he was the voice of truth, someone who could inject idealism into Indian politics. A lot has changed since. As a senior BJP leader pointed out in the movie, revolutionaries make for exemplary boyfriends, but lousy husbands. There has been a growing disillusionment and even disgust with what Kejriwal has turned into, what with him turning the entire party into his PR machinery. He may still be the 'insignificant' man, who sticks to his ideals, but the only difference is how much public perception about him has changed. In their eyes, Kejriwal is definitely no villain, he was never a hero to begin with. The sad truth is that a whole lot of people today dismiss him as a drama queen. By the time the end credits roll, the final image of Arvind Kejriwal being hounded by the public over their growing dissatisfaction showcases the ugly truth of Indian politics.

Set against the backdrop of the 2014 Delhi elections that saw the AAP clashing with the Congress, led by thrice elected Chief Minister Sheila Dixit, An Insignificant Man is at its very core, a brilliant character study of how power can dent the image of even the noblest of men. While a lot of time is spent on showing how focused and divisive Arvind is, there are some brilliant moments in the film that show that even he may possibly love the idea of being in charge, take for instance the scene where he chastises a fellow party member for suggesting an idea that may perhaps dent his position as the supreme de facto of the AAP. Some of the best parts are particularly when the camera captures Arvind at his most unguarded moments, especially the scene where he and his party members indulge in some light banter, resulting in some hysterical laughter from the muffler man himself. 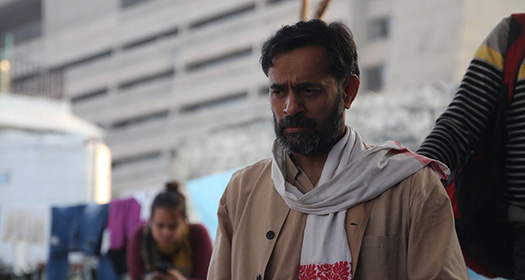 To be clear, if An Insignificant Man  were to paint a heroic figure, then it would not be Arvind Kejriwal but his once right-hand man Yogendra Yadav. Calm, composed and calculative, Yogendra Yadav brings about a Chanakya-like presence to the AAP. It's interesting to see how the film showcases how it's his strategizing ways over Arvind's charismatic image that may have been responsible for the AAP's initial success in Delhi. While it's true that he was later on expelled for allegedly taking part in anti-party activities, the film focuses a lot on his camaraderie with Arvind, although the two have polar opposite personalities.

I came out of An Insignificant Man having realized the bitter truth that public sentiments can be swayed easily. Be it Arvind Kejriwal, Narendra Modi or Rahul Gandhi, today someone is popular, someone else is not. It doesn't take long for the tables to turn quickly. The cycle continues.