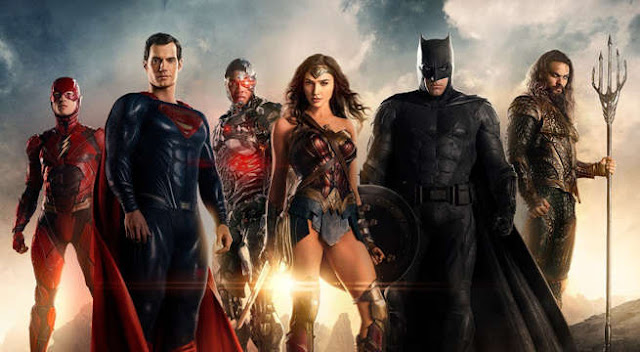 Many filmmakers often get frustrated when asked how they expect their films will be received by film critics. A common grouch that filmmakers have with this so called 'intellectually cinematic' group of people whom they feel have no better job than to tear apart other people's works of art is that they're just never happy, no matter how much the filmmaker tries to adapt to the film critic's sensibilities. Last year, when we were presented with the highly anticipated Batman v Superman: Dawn of Justice, critics(and audiences alike) lambasted the film for trying to pack in too much, without so much as a semblance of logic. Perhaps the filmmakers took the negative reviews to heart, and after some due introspection, thankfully decided not to repeat the same mistake. Unfortunately, if DCU's latest addition is anything to go by, it seems the makers believe that their solution to a bloated storytelling approach is to simply rush through the plot at a pace that would surely put even Barry Allen/The Flash to shame. Alas, if only the makers would have understood that the magic of storytelling on celluloid can truly manifest not by ticking check boxes of what the viewers/critics want or expect, but by actually reinvigorating the superhero genre in the way that this year's gloriously awesome Wonder Woman did.

As Justice League begins with a brilliant rework of Leonard Cohen's bitterly pessimistic Everybody Knows, placed perfectly against the backdrop of Superman's death, the critic in me was actually  optimistic that maybe, just maybe Justice League would be more than just an obnoxiously loud film complete with an unfathomable amount of digitally created violence. Much  like Bruce Wayne's restored faith in humanity, the critic in me was actually hoping that maybe we'd finally have the superhero film that actually addresses a larger theme, rather than just packing together a bunch of  folks with special abilities in a single frame. Alas, this was not to be since the movie pretty much and pretty soon drowns itself in the usual CGI bonanza. And speaking of CGI, I often wonder whether filmmakers choose to make their CGI spectacles purposely confusing, in order to distract the audience from the otherwise glaringly obvious plot holes.

It's true that a movie like Wonder Woman immensely raised the bar for what we could expect from a DCU film, and while Justice League never quite matches those expectations, to be fair, it's still miles ahead of Batman v Superman: Dawn of Justice. Once we can get past the cliched storyline, the movie does a decent job of establishing the dynamics between its superheroes. Some of the conversations shared between them even remind of the colorful chemistry shared by the superheroes from Marvel's The Avengers(2012). And the film adopting a lighter approach is definitely a welcome change on DCU's part. Performance wise too, the film does not disappoint, as every actor, especially Ezra Miller as The Flash, play their parts well, which really is quite a shame, considering how little the rushed storytelling offers to their character development.

The result is that you get exactly what was expected, nothing more, nothing less. Batman is his usual brooding self, Wonder Woman spreads her moral compass to the entire group, The Flash provides most of the comic touches, Aquaman just has to be a total badass, and Superman, well everyone expected Superman to pull off a Jon Snow, if you know what I mean. Out of the three new entrants to the DC Universe, only Cyborg is given an intriguing back story. What really weighs the film down is the presence of yet another underwritten villain, whose sole purpose is...you guessed it! World dominion.

With a runtime of exactly two hours, in its quest for making us forget the mistakes of its predecessor, Justice League creates some new mistakes. It is mildly entertaining, but it is neither the superhero film we deserve, nor the kind of superhero film we need.