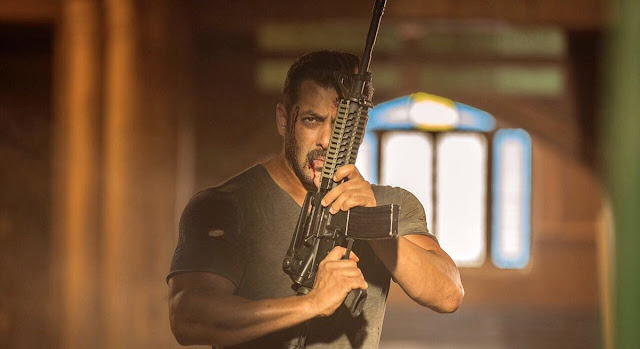 Balderdash in The Garb of An Intelligent Crossborder Thriller!

In keeping with the yuletide spirit, I watched A Christmas Carol(2009) a couple of days back, and I learnt a new word - balderdash! So, don't mind me, but I am going to use this word a lot in my review for this week's guaranteed blockbuster, Tiger Zinda Hai. Is there anything worse than a truly balderdash film that has absolutely nothing good going for it? The answer is yes, the only thing worse is a film that has so much going good for it, and still manages to be balderdash, and Tiger Zinda Hai falls under this category.

I have a major problem with Salman Khan. No, it's not his limited acting capabilities(which haven't been so limited ever since his heartwarming performance in Bajrangi Bhaijaan), it's certainly not his choice of illogical scripts(they certainly seem to be improving), and it's definitely not his off-screen persona that bothers me. My problem is his sheer stubbornness to have each and every film of his to cater to a family audience. Not setting a bad example for his fans, especially the innumerable kids and youngsters who follow him, is certainly an admirable sentiment, and can work for films that don't take themselves too seriously like Kick(2014), Dabangg(2010), and the likes. But when you dumb down a film that's based on the global tragedy that is ISIS, and try and pass it as an action thriller that is palatable for a family audience, you are actually ignoring to acknowledge the true extent of the horrors inflicted on millions, and in doing so, you're also insulting the spirit of the countless individuals who have been thrust into a surrounding that has been torn apart by strife and violence.

What you get therefore is a mind blowing story with a balderdash script! So sample this, a character in the movie wants to say - "Son of a b***h!", but this being a Salman Khan movie, you have to make the film watchable for a family audience, and so, the character is made to say - "Son of a swine!". Yes, you read that correctly. The result is a script that tries to cater to Salman's view of what a family entertainer should be like, but in doing so, saps away all the urgency and whatever potential that the story had in being an extremely well detailed, cathartic and a gut punching action flick. What a waste!

It's pretty much clear that the makers were aiming to present Salman as a desi Bruce Willis or a Sylvester Stallone. Even the basic plot synopsis is reminiscent of Die Hard(1988). Now on paper, this seems like a mighty bright idea and even the trailer showing a muscle pumping Salman firing cartridges from a massive MG42 got me all excited for some genuine thrills. Who else has as much charisma and machismo as Salman to take on the big bad guys single-handedly? The problem is that Salman barely does anything in the movie, despite being the center of attention. So he uses all kinds of weapons with a straight face, performs his action stunts in slow motion with a straight face, mouths the occasional clap-worthy dialogues with a straight face, and even appears shirtless(more on that in a moment) with a straight face! It's as if someone told him just how much he screwed up in a film(Tubelight) by attempting so hard to emote, so he decided to just keep a straight face throughout this film. Balderdash!

And don't even get me started on the glaring plot loopholes. Now ardent fans may argue that this is a 'Bhai' film, so all is forgiven, and like I said earlier, it might be fine for a movie like Kick, but for a film that goes out of it's way to present itself as an intelligent crossborder thriller, and packs in so many details, such mistakes cannot be forgiven. So there's a scene when 'Bhai' is tied to a chair and locked in a room. In the next, he's seen shirtless, and pumping bullets in the bad guys. Even Dabangg had a less balderdash excuse to show him shirtless. As to how he managed to free himself and randomly appear shirtless, I guess we'll never know. In another scene, a bomb disposal expert is trying to  disable a bomb strapped to one of the nurses. The scene cuts to when the bomb is just about to go off with exactly four seconds to spare. In the next scene, the bomb disposal guy and the nurse are seen running away from the explosion. Blame it on laziness on the scriptwriters' part.

To be fair, there's a lot that is actually riding well in the film. The film has a more than capable supporting cast, out of which, Paresh Rawal emerges as the clear scene stealer in a very interesting role. Sajjad Delfrooz as the villain, who's modelled on the ISIS leader Abu Bakr Al Baghdadi is equally competent, and feels refreshingly authentic, which is a shame, owing largely to Salman's strictly one-note performance. Katrina is pleasant to look at on the screen, and even gets her moments to shine in some of the film's best action scenes, which I personally found more engaging than Salman's slow motion action sequences. The background music has an international feeling to it, and brings about a sense of urgency to the film. The production is first rate. For a Bollywood film, the action set pieces are good, but lack inventiveness and are nowhere near brilliant, considering the fact that the action director has worked on films such as The Dark Knight Rises(2012). 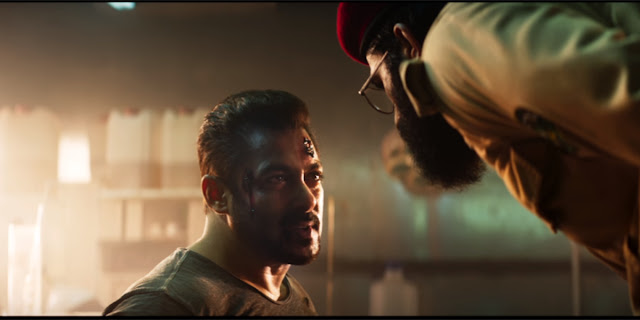 Watching Tiger Zinda Hai reminded me of a far superior film - Airlift(2016). There is a scene in that movie, in which the hero(Akshay Kumar) and a bunch of stranded Indians are leaving Kuwait in a bus. The hero stares out through the window of his seat, looking on at the vast empty desert outside. There's barely any background music, and the scene does absolutely nothing to contribute to the storyline. And yet, that scene defined the entire movie. It's a beautifully poignant moment, that in its silence, speaks the loudest about the triumph of the human spirit. A war can be one of the noisiest experiences for humans and yet, Airlift could fit in that quiet and meditative scene. If only director Abbas Ali Zafar had understood that sometimes, in order to tell a story that touches on humanity, less is more.

Make no mistake, Tiger Zinda Hai will be a mega blockbuster earning 300+ crores at the box office, and yes, people will rave about the film, mistaking its half-baked execution for its staggering ambition. So, if you're a Salman fan, or if you're the type who feels that Salman's rugged sexy beard gives the entire film a raw, gritty and intelligent look, then who am I to prevent you from getting fooled into spending 300 bucks on this promising looking Christmas wrapping? As for me, I refuse to get swayed into this balderdash Christmas present wrapped in a promising wrapping!