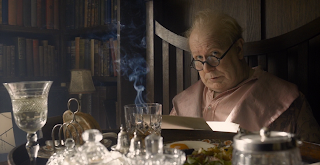 Tailor-Made to Win At The Oscars!

All actors are raging narcissists. Is that necessarily a bad thing? I certainly don't think so. In fact, I believe that for the sake of good cinema, it is necessary for an actor to be narcissistic. What else can drive an actor to draw from his/her audience to create a reality that is believable or real enough that the audience becomes completely engaged with the story, emotions, beliefs, feelings or all of it? The audience in turn believes this character, their fake reality and engages with them. Perhaps the only time an actor is his true self, devoid of all the layers of their fakeness, is when they are all alone and staring at themselves in the mirror. I expect that most actors in the west would perhaps see the much elusive Oscar statuette hovering over their reflected selves.

For the last many years, biopics have been seen as the traditional Oscar-bait. If you're an actor and want to win an Oscar, perhaps the best shortcut is to keep an eye out for cinematic opportunities that artfully tackles a real life. All the basics required for a great film performance are there - stirring dialogue, impassioned performances, emotional depth, capturing the nuances and spirit of a real life persona. In this decade itself, five actors have already won the Best Actor Award at the Oscars for their work in a biopic. It's no surprise then why actors are so eager to join the biopic bandwagon, and film moguls are ready to shell out big bucks to fund such projects for the sole purpose of seeking prestige for their productions through the Oscars.


Darkest Hour is exactly the kind of film that has been made for pandering to the perceived biases of Academy voters. In so many ways, it also feels like a companion piece film to Christopher Nolan's atmospheric Dunkirk(2017) because while both these films are set during the same dramatic and intense period of British history, they each tell a different side of the story. While Dunkirk brought the audiences to the frontlines, Darkest Hour follows Winston Churchill as he makes the big picture decisions for the country, the effects of which were seen in the former film.

With Darkest Hour, director Joe Wright opts for a minimal storytelling approach in dramatizing the events leading up to Churchill's famously impassioned 'We shall fight on the beaches' speech. The story is pretty much told using the same cliched storytelling template that was used in the Colin Firth starrer The King's Speech(2010), another film which was set in the same turbulent period in Britain, that also went on to win 7 Academy Awards. The film begins on a very exciting note with the audience being told that Hitler is closing in on Britain and the British Parliament in complete disarray over who will replace the current 'weak' Prime Minister. It's the ultimate counterpoint of tension as we get to see various reactions to learning the news about Churchill's appointment. 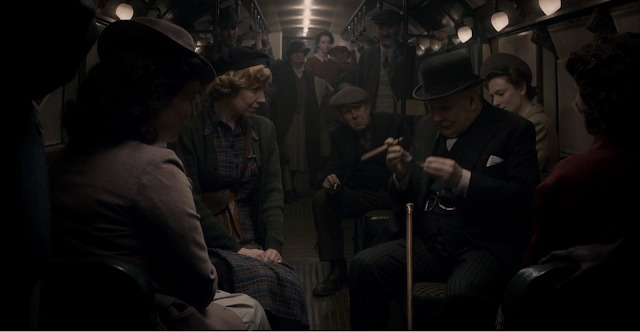 From starting his day with a bottle of scotch and fried eggs, puffing packs of cigars, mumbling inaudible words while striding around naked while dictating telegrams before screaming at his typists, to moments of self doubt and forgetfulness, Oldman gives a performance for the ages, one that I'm confident may end up winning the Best Actor Award next week(I am yet to see Daniel Day Lewis' swan song in Phantom Thread).

Acting aside, kudos to the Makeup and Hairstyling team for making the usually lean Gary Oldman undergo an eye-popping physical transformation to become the iconic statesman that the world has come to know, you'd find it hard to believe that this is the same man who has played the despicable pimp Drexl Spivey from True Romance(1993), the restless Norman Stansfield from Leon: The Professional(1994) or the beloved Sirius Black from the Harry Potter films.

Take away the phenomenal acting, and Darkest Hour feels more like an obligation for its producers to rack up the number Oscar statuettes in their kitty. Having said that, director Joe Wright just about manages to deliver a two hour cinematic account that serves as a rousing testament to the power of words and their capacity to inspire and galvanize an entire nation.