A Fantastic Leap in Trans Cinema!

A few weeks back, I had a healthy debate with a friend over whether or not mainstream cinema was doing enough to represent transgender characters. His argument was that mainstream cinema has definitely started to be more inclusive. His hypothesis for his argument was the recognition that actors such as Jared Leto and Eddie Redmayne had got for portraying transgender characters in Dallas Buyers Club(2013) and The Danish Girl(2015), respectively. I disagreed.

While I was appreciative of how those movies tenderly handled such a sensitive topic, I had a major issue with how such films tend to label such characters as victims of harassment, rape and  gruesome murders. Such films purport to represent actual moments of LGBTQ history, but instead appropriate aesthetic space from communities with little or no cultural representation. Dallas Buyers Club in fact, goes a step further by showing its trans character Rayon to be suffering from AIDS. No matter how good their intentions are, films such as these have a trend of stereotyping such characters as pitiable oddballs.


A Fantastic Woman is a remarkable film in the sense that it refreshingly bucks the trend, and while it speaks a lot about the kind of daily discrimination its central character Marina faces, it never focuses on using her character as a pivot point for showcasing something horrid unfolding up on screen. Instead, the focus is more on her resilient spirit, as she deals with every insult thrown her way with surprising grace, picks up herself each time with dignity and moves on with her life.

Daniela Vega, who is herself a transgender in real life, plays Marina, who has presumably undergone a sex change operation, and is forced to fight society, in order to reclaim her own identity. Throughout the film, Vega embodies Marina with remarkable restraint, even in scenes where she is clearly being wronged. The people who harass her expect her to react aggressively, but she never bites the bait. There is so much that is unspoken in the way she reacts to everything, and you do get the feeling that here is an individual that has resigned to the fact that she is likely to encounter bullies everyday, so there's no sense in even trying to lash out at them. At times, her stoic silence cuts sharper than any tears or angry outbursts ever can. 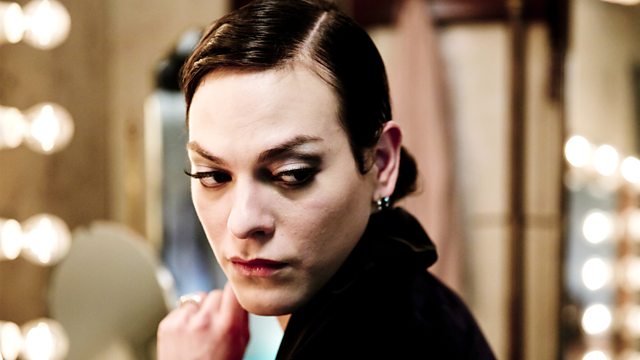 In a far lesser film, in order to make the audience sympathize with her character, Marina could have easily been a stripper or a hooker. But this is A Fantastic Woman, and in A Fanstastic Woman, the filmmakers and Daniela allow Marina to live a life of dignity, by creating a finely realized character who works as a waitress by day and lounge singer by night. Unlike the above mentioned films, her character is not to be pitied. She does not behave like an oddity, but effortlessly blends in with society in moments when she is left to herself. At one point, a character condescendingly asks her- "I don't understand, what are you?" She replies in the same stoic tone - "I'm the same as you."

Cinematographer Benjamin Echazaretta incorporates moments of magical realism as he captures the eye-catching Santiago skylines. For a large part of the movie, his camera captures Marina walking, as if to evoke her inner tenacity.

At its heart, the film is a love letter to female isolation and empowerment told through a trans lens, and director Sebastian Lelio presents it to us as a film of aesthetic splendour, narrative vigour, tension and emotion.