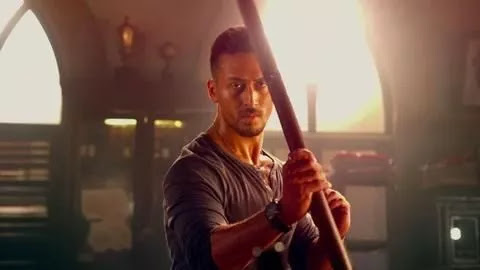 One-Tiger Army And The Toxic Masculinity of Bollywood!

I remember watching Dabangg(2010) in a jam packed single-screen theater on the very first day. Watching the audience go absolutely berserk each time its hero pulled off his trademark stunts and pelvic thrusts with self-parodying mischief was truly a once in a lifetime experience! Not since Amitabh Bachchan's 'Angry Young Man' of the 70's where the masses were presented with a hero who was loud, exaggerated, larger-than-life and almost comic-book like.

Most of the Indian audiences were fed up of chocolate boy heroes and to many, Dabangg aligned itself to viewers who were simply frustrated at the lack of pure, uncomplicated masochistic heroism on screen. They wanted a hero whom they could worship, and a newly reinvented Salman Khan who had just the right kind of star charisma, tapped into this very frustration, and gave the masses just what they wanted.


Watching Baaghi 2 in a full-house single screen theater was the closest I have ever come to re-experiencing the Dabangg phenomena. Never mind the fact that the movie contains one of the most hackneyed and completely illogical plot I have ever come across, the film blatantly ticks off every rule in the book to satisfy its target audience's appetite for the brave hero who single handedly beats up the bad guys, the unforgettable one-liners, the sweet damsel in distress, the mandatory item song(more on that later!) and a story line that urges you to throw rational thinking out of the window. Now all this is fine, because let's face it, every once in a while, there comes a film like Dabangg that appeals to those who celebrate and serenade the silliness of mainstream masala movie lore and swear by its popcorn quotient. Do I believe that Dabangg was a good film? In my opinion - yes, because it achieves what it originally intended to provide the audience - entertainment!

Does Baaghi 2 entertain? Well, that depends. If you belong to the category of people who feel it is mandatory to display your 52-seconds of chest-thumping patriotism by shouting - "Bharat Mata ki Jai!" at the top of your lungs every time the National Anthem is played, then surely, you will give one loud 'sheeti' with the hero's entry sequence bashing terrorists in an Army uniform. As if that's not enough, the movie latches on to the nationalism parade by utilizing many instances of showing the hero's patriotism. Take for instance, a scene where he bashes up some policemen and in the process, knocks over the Indian flag. In slow motion, he catches it before it touches the ground, giving the masses enough time to shatter your ear drums as they hoot and whistle.

Then there is the sweet, innocent heroine, whose entry scene makes the testosterone filled audience scream with raucous energy.  A scene showing her performing some pull-ups, while at the same time, exposing her washboard abs draws some more whistles. And don't get me started on how the audience interprets her giving the hero her number. Now, if this even remotely excites you, then sure, Baaghi 2 is entertaining.


Baaghi 2 is a symbolic film on two accounts. Like Dabangg, it is the kind of film that provides just the right fodder to its massy audience to elevate its hero to almost God-like superstardom. Make, no mistake, a star is born. Secondly, it is a symbolic film because Baaghi 2 represents all that's wrong with the Indian male mentality. Perhaps the most clear example I can think of is the item number showing several thuggish hands placing themselves on the item girl's body before tearing off her outer layer of clothing, as if to cater to the crudest form of the male libido. I need hardly describe the kind of comments I heard from the 'gentleman' sitting behind me.

To be fair, Tiger Shroff isn't half as bad as his previous films, and the little cub oozes the necessary star power. While his lack of acting skills was evident right from his first film, he has clearly demarcated his own territory in Bollywood as someone who can take the action and dance genre to new levels, and he doesn't disappoint. After all, Hollywood too is packed with Arnold Schwarzenegger, Jason Statham, Dwayne Johnson and Vin Diesel, who may not be the most refined of actors, but can still carry the weight of typical summer blockbusters squarely on their action calibers. However, even their films stay clear of obvious plotholes that are the size of Jupiter's Great Red Spot!

With Baaghi 2, there are moments where he reminds us of John Abraham as he rages like a wounded animal inside locked up prison cells, screaming at the top of his lungs. Then there are moments where he channels Hrithik Roshan's infamous use of trembling his facial muscles in moments of anger. Here, Tiger amplifies it ten times more and trembles his facial muscles with such intensity that I almost felt my chair shaking. He even gets his Salman moment when his shirt gets ripped off in the climax while fighting some knife-wielding extras.

And speaking of extras, the so called 'Russians' in the film look more like big, beefy Americans trying to pass off as Russians. At times, you can't help but wonder if the director simply assembled a group of foreign tourists in Goa and asked them to get behind the camera.

Disha Patani is pleasant to look at but remains unimpressive as her character is given limited scope to perform. Her romance with the hero is so half baked and cliched that you really don't care for the pre-interval 'twist'. It's painful to watch fine actors like Manoj Bajpayee and Deepak Dobriyal being wasted in such cartoonish roles and being forced to ham throughout. Only Prateik Babbar's druggie act and Randeep Hooda's hippie cop act feel like they were having some fun behind the camera. Jacqueline Fernandes shows up in an entirely needless and one of the crassiest item numbers ever. 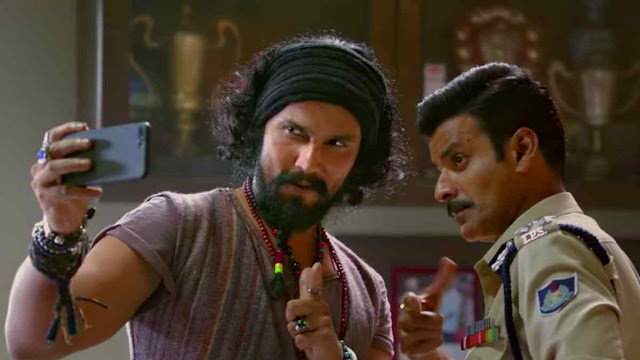 The problem with a film like Baaghi 2 is that at times, it takes itself a little too seriously and actually decides to give itself some semblance of a plot. What could have been a tight and suspenseful action thriller turns into a mediocre mess. I don't understand Bollywood's fascination for a villain overpowering the hero, and then instead of shooting the hero point blank when he has the chance, proceeds to give a lengthy explanation of how he outwitted everyone, before - you guessed it! The hero outwits him! {Spoiler Alert}And can someone please explain to me where's the logic behind a story of the protagonist pursuing a missing girl, who as it turns out may be entirely non-existent. Post interval, the twist is that not only does she exist, but she also happens to be the daughter of the hero!

Now while Tiger is quite convincing as he batters his opponents and reduces them to a squishy mess, the action can pass off as average at best as there is just nothing novel about it. It's a continuous cycle of the hero punching, kicking, back-flipping, somersaulting, and on occasion, spraying bullets, and on and on, it goes.

As far as appealing to the masses and setting the box-office on fire is concerned, then director Ahmed Khan and the entire team of Baaghi 2 does a phenomenal job of ticking the necessary checkboxes required to join the 'prestigious' 100-crore club! As far as making a taut, suspenseful action set piece is concerned, then the film is a damp squib!

As for Tiger Shroff, I hope someone soon gives him a decent action film script soon, one that does justice to the limited talent that he has.