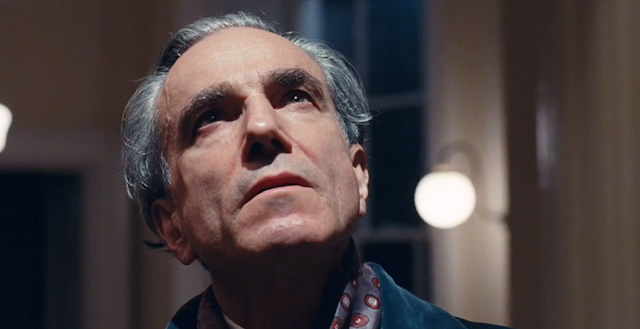 What do artists' final works say about their lives? Final works always have, or take on, a very special tone - a melancholy triumph. Now is the time, they seem to suggest: This is what I have to say. For artists, the knowledge that the end is beckoning may provoke one last surge of inspiration to begin or complete final works, works that invariably come to acquire an extra significance. Less than three weeks before his death in 2016, Leonard Cohen spoke of his 14th and final album - 'You Want It Darker', and described of hearing a divine voice that goaded him on in making his last work. He had heard this voice all his life, only now it spoke with more compassion. It is human nature after all that we heighten our appreciation for the closure that only a final work can bring.

To call Daniel Day-Lewis just a method actor would do a man of his stature a great disservice to his painstakingly acquired craft. He is ever the consummate artist and an obsessive actor who allows himself to be taken over by the characters he plays. The real beauty of his acting is how well he merges English classical acting and American method acting, making him one of the last of a dying breed of artists who take their profession with the solemness of an old trade.

Spending the entire shoot of My Left Foot(1989) in a wheelchair to play a paralyzed character, spending nights in actual prison cells for In The Name of The Father(1993), planting fields with 17th century tools and building his own character's house for his role in The Crucible(1996), the eagerness with which he completely immerses himself with each new cinematic identity, and the intensity with which he allows the character to take over his complete being have all contributed to his legend. Then there are anecdotes of him being addressed as Mr. President on the sets of Lincoln(2012), and how he got an apprenticeship in butchery after he was cast as a butcher in Gangs of New York(2002).

As to why a man who is widely regarded as perhaps the greatest actor alive, someone who has won three Academy Awards for best actor, would suddenly choose to walk away from it all may only further serve to add to his myth. For an actor who is extremely selective about his film choices, the fact that he chose Phantom Thread to be his last film speaks volumes about his pursuit of a creative connection to his final role that was more intimate than ever.

For a hardcore cinephile, Phantom Thread feels very much like a celebration of sorts, not just because it's Daniel Day-Lewis' swan song, but also because it marks his second collaboration with director Paul Thomas Anderson after the former's Oscar winning turn as silver miner-turned-oilman Daniel Plainview in There Will Be Blood(2007).

While There Will Be Blood spoke about the best and worst in the American ethos of rugged individualism, Phantom Thread is at it's heart a sly and subversive British feminist romance, that undresses our inborn notions of toxic masculinity, without once painting its female characters as victims. Both films however, mesh exterior-oriented themes of society with an interior-oriented portrait of an impenetrable man at its center.

In the former film, Daniel Day-Lewis' impenetrable man is shown to have a gargantuan ego who drains his own humanity for power. In Phantom Thread, he plays Reynolds Woodcock, an elite fashion designer of the 50's, with an elegant flourish that's worthy of his even more elegant name. However, beneath his carefully constructed elegance, lies a man who uses his art-fuelled frustrations and male creative ego as an excuse to cynically consume others, especially women, to feed and appease his own internal insecurities, much in the same manner his There Will Be Blood's ruthless, loveless Daniel Plainview character craves possession of land and human souls in roughly equal measure.

While his character serves as the catalyst to kick-start the gender politics that comes into play during the film's second half, it is Vicky Krieps' surprising turn as the victim turned oppressor in their relationship dynamic, that takes this film beyond the familiar lines of another story of the perverse male creative genius. For someone who has starred in a number of Luxembourg, French and German films and is relatively unknown to the English audience, she still manages to hold her own, in spite of sharing the screen with Daniel. As Alma, her transition from a soft-spoken Belgian immigrant to a woman in control who gradually begins to assert her dominance may even remind one of Florence Pugh's serpent-behind-the-innocent-flower, anti-heroine act in last year's unsettling drama Lady Macbeth.

While the pair share an electric chemistry that forms the aching heart of the movie, the film also belongs to Lesley Manville, who plays Reynold's confident sister, Cyril Woodcock. As Cyril, Manville brings surety to every scene, delivering lines with a sharp, silver-tongue in a way that only a theater actor of her caliber could deliver, while remaining a delightful company throughout.

There is a beauty in Paul Thomas Anderson's simplistic style of direction, in the sense that he does not allow his own personal style to override the plot. He is a director for the actors. It's evident how Anderson has given his actors plenty of room to play with their dialogues, so that they can achieve that perfectionist streak. The result is that when you hear the actors delivering their dialogues, it almost sounds like they are reciting poetry.

The insinuating and expressive score by Johnny Greenwood, with its Minimalist-like riffs, eerie harmonies, alluring melodic lines, and piercing chords conveys both the posh glamour of the fashion designer's world and his inner obsessions.

In a year in which 'relevance' and 'diversity' had become necessary if not overused words as a parameter to qualify for the Best Picture nominations at the Oscars, I personally was slightly disappointed in this year's choice of nominations. While The Shape of Water, Get Out and Call Me By Your Name were all certainly fine pieces of cinema, their respective wins this year felt not because they deserved it, but more due to their ability to satisfy the public's hunger for relevance and the need to see urgent issues of the day being reflected on screen. Anderson's film is emphatically not one of them, which is why it probably never stood a chance to win the Best Picture at the Oscars, although it is in my opinion, a far superior film than any of the other nominations.

Win or no win, I hope that Phantom Thread will weave its place forever in cinematic history not just for being Daniel Day-Lewis' final act, not for its feminist subtext, but for Anderson's unswerving allegiance to his own sublime vision. As for Daniel Day-Lewis, there's only one thing I can say - Cinema misses you, come back!