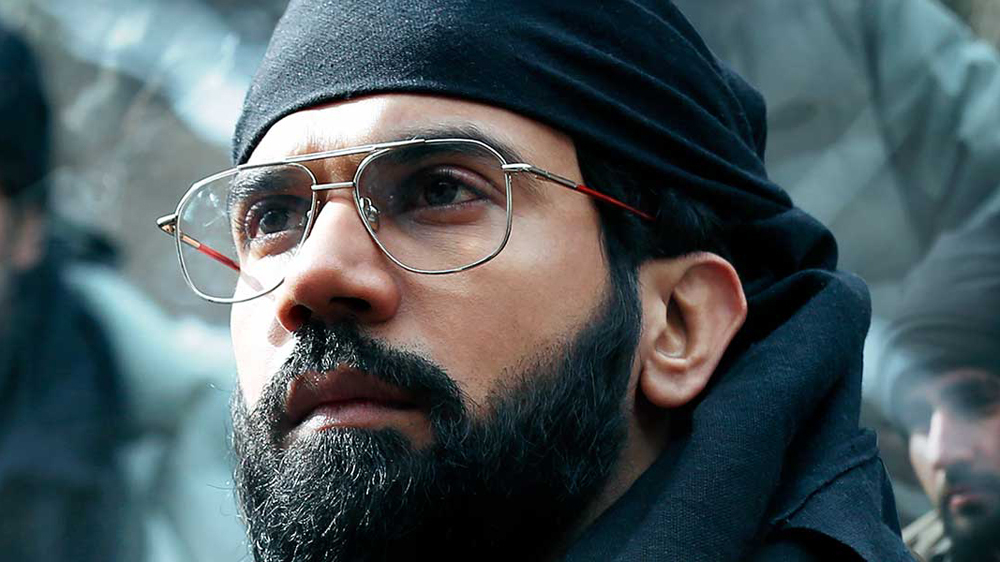 Rajkummar Rao Shines as The Hannibal of Terrorism

A few weeks ago, I watched the one-man play David Coleman Headley, based on the half American, half Pakistani man, who was said to have planned the dastardly 26/11 attacks in Mumbai. Written, directed and acted by theater thespian Jeff Goldberg, the play shed light on his ability to 'mirror' back to each person a version of himself that he knows will be useful in any future correspondence with that person. Born in America but raised in Lahore till the age of 17, here was a guy who fell outside the radar of the FBI and CIA for years due to his 'gorra' looks, and at the same time, managed to blend in with the LeT due to his Pakistani upbringing.

It is precisely this technique of 'mirroring back' to different people a different projection of yourself that makes Omerta such an engaging film. Early on in the film, you see the half British, half Pakistani Omar Saeed Sheikh utilizing his Western upbringing to his advantage by putting on a British accent to lure a group of foreigners into a trap. Much later, he adopts a native Pakistani accent to gain the trust of Daniel Pearl, the American journalist who was held captive and subsequently beheaded by Pakistani terrorists.


Whether it is depicting the story of a slain human rights lawyer in Shahid(2013) or sensitively portraying the victimization of Indian homosexuals in Aligarh(2016), director Hansal Mehta never shies away from telling stories that are powered by a bold theme. In his fifth collaboration with actor Rajkummar Rao, he returns with possibly his boldest film yet, one that not only delves deep into the psyche of a terrorist, but also raises uncomfortable questions without intentionally providing any answers. With Omerta, he exposes the internal machinery of state sponsored terrorism and shatters all our notions of a terrorist being an uncouth and an illiterate by showing us how even an intelligent, sophisticated and well educated individual who has hitherto enjoyed the luxuries that only a Western lifestyle can provide, can still choose to become a terrorist.

In a performance that can be described as restrained as well as uninhibited, Rajkummar Rao not only looks the past, but also imbibes the negativity and psyche of the character with such diabolical energy that much of it looks so real and palpable, as if it's all happening right in front of us. Through a series of disturbing images showcasing the plight of Muslims who have been at the receiving end of the Bosnia Herzegovina genocide, you are forced to understand and acknowledge why an impressive student dropped out of the London School of Economics, only so that he could play his role in the 'Holy' War.

We see him adopting different roles throughout the film - as a son, as a young man who is pained by the plight of his Muslim brothers and sisters, as a soldier taking his baby steps in waging Jihad, as a husband, as a pious man who chastises others who don't follow Roza during the Holy month, as an influential man who enjoys the respect of the higher ranks in Pakistan, as a shrewd manipulator, and as a remorseless killer. Rajkummar Rao displays all these facets about the enigma that is Omar, but never for once does he allow the audience to see the real Omar. He is someone you could hang out in a bar and have a couple of beers with, play chess together or even share a philosophical discussion on the futility of war, because that is exactly what his job is. He mirrors you, giving you the perception that you can connect with him at an emotional level, and thereby place your trust in him, not knowing that you do not even know the real him. Right till the very end, Rajkummar ensures that Omar Saeed Sheikh remains an unsolved mystery.

While Omerta revisits Omar's deeds and centers around four major events - the aforementioned kidnapping of foreign tourists in Delhi leading to his subsequent arrest and unfortunate release, his involvement in 9/11, the murder of Daniel Pearl, and his role in the aftermaths of 26/11, the film gives out very little about his backstory. The only time we catch a glimpse of him unguarded are in the rare moments of poignancy in which Omar converses with his father during his early London days. We feel for his father who tries so hard to connect with his disturbed son, even as he watches him helplessly slip away to a point of no return. 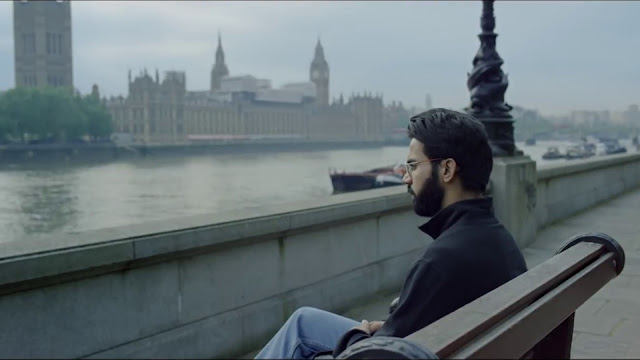 Director Hansal Mehta uses several real life footage and images to maintain authenticity. It's not just Rajkummar Rao, but even Timothy Ryan Hickernell looks like the real Daniel Pearl. My only grouch with the film is that when so much effort was put into making it all authentic and letting the story take the front seat above anything else, the movie simply chooses to gloss over certain events such as his involvement in an earth shattering event like 9/11. For a man who was said to have had a hand in directly wiring money to the very terrorists who hijacked the four passenger airlines and was also was also regarded by Osama bin Laden as his son who could one day take over the Al Qaeda after him, or even his role as the mastermind of the attack on the Indian Parliament is completely skipped.

At just 96 minutes, Omerta is a testament to the powerful combination of Hansal Mehta and Rajkummar Rao. You leave the cinema with a sense of disgust and hate. It will take some time for me to forget the quiet persuasive authority of Omar Saeed Sheikh and his powerful eyes that can hold you in their gaze for as long as he thinks necessary. As intriguing as the film may be however, one can't help but think that this is an incomplete film just like the incomplete mystery that is Omar.