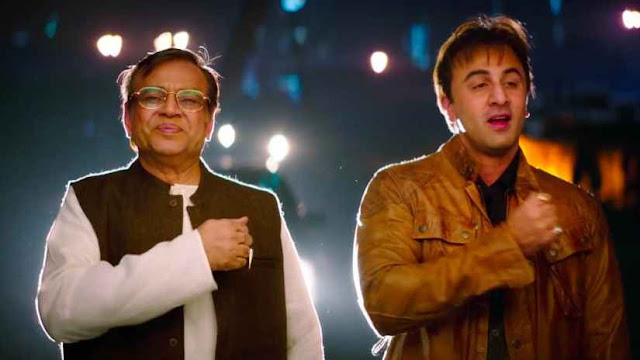 As the director of the film said in an interview - "Bad choices make for good stories, and Sanjay Dutt is the classic example", one can't help but agree that our favorite Khalnayak's infamy provides the perfect fodder for the silver screen.

Bollywood rarely gets it fully right as far as biopics are concerned. There are those like M.S. Dhoni: The Untold Story(2016) that are powered by a committed lead actor who makes an effortless transformation to not just look the part, but also exude the same vibe as the person on whom it is made. However, very often, these films are episodic in nature, and simply skim through the most significant moment of the lives of these individuals, without telling us anything that we do not already know of. Then there are films like Azhar(2016) that do a blatant job of whitewashing its primary character's shortcomings, making them look more like hagiographies.


And don't get me started on the countless gangster biopics where the criminals are likeable characters who take up a life of crime simply because they were victims of circumstances. Sure, even in Hollywood, the various Martin Scorseses and Brain de Palmas churn out their mobster films, where for a large part, the focus in on swaying the audience with the glamour and the glitz. But it's not just the charm and decadence of the world of crime that you get to witness. You also get to see the dirty parts. The murder and the violence remains central to the plot.

There were several reasons why I was apprehensive about watching Sanju. Chief among them being that the film happens to be directed by someone who has spent a long time with the actor, and has also been credited towards providing an image makeover to the actor who was once thought to be finished in Bollywood. It's obvious that doubts shall arise if whether the director will be biased in favor of Sanju, and the film may just end up like just another brazen falsified yarn like Azhar. Then again, the question arises, that if not Rajkummar Hirani, then which other director could have such a fascinating insight into the actor's personal life? Another worry was that will Hirani, a director who is celebrated as a modern-day Hrishikesh Mukherjee be able to do justice to such a dark subject matter, or will Sanju in the process of trying to strike a balance between authenticity and yet bearing the Hirani stamp of good, wholesome entertainment packed with some social message, simply be too much and end up like an overindulgent mess? And above all, will Ranbir Kapoor's thoroughly visible transformation remain just that, a transformation. Or will we see the actor rise above mimicry and actually live upto the legend of 'Deadly Dutt'?

The answer is that Sanju hits the right notes at almost every level. The biggest takeaway from the film is that the director chooses not to give a clean chit to his long time colleague, and offers no justification for the actor's missteps. Case in point a terrific scene where a completely stoned Dutt does something unpardonable to his fiancee played by Sonam Kapoor. While the scene may have appeared funny at the helm of any other director, Hirani treats the scene with remarkable maturity, and makes the audience understand the gravity of his protagonist's actions. It's rare that Bollywood biopics are this blunt, especially when the concerned individual is alive and still very much in the public glare. 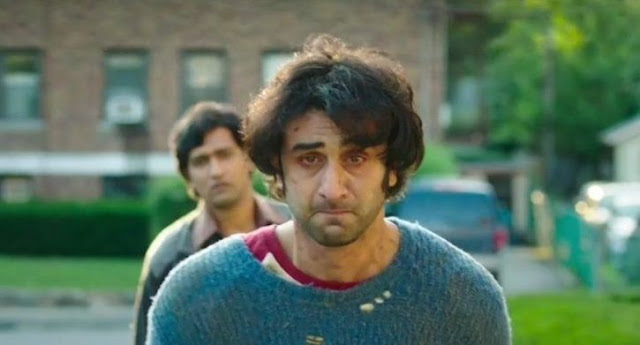 Be it the puffy eyes, the receding hairline, the drooping shoulders, Rajkummar Hirani's recreation of Sanjay Dutt is the work of some of the best prosthetic artists and hairstylists who have clearly invested a lot of time in understanding the nitty-gritties of Dutt's appearance. However, all that would be incomplete for at the center of it all is the Kapoor lad, who delivers his most career-rewarding performance till date. Once you are done gawking at the physical resemblance between Kapoor and Dutt, you'd be left absolutely mesmerized by how well Ranbir not just sounds like Sanjay, but also carries off the Dutt swagger without looking like a mimicry artist.

Sanju is that rare biopic because it chooses not to rest its whole strength on just the shoulders of its lead actor alone. Powered by a brilliant ensemble, Sanju is elevated by the performances of Paresh Rawal playing the legendary Sunil Dutt, and Vicky Kaushal, playing Sanjay's endearing best friend Kamlesh. Some of the most heart breaking scenes are when Ranbir-Paresh or Ranbir-Vicky are sharing screen space. A far cry from his usual comic roles, Paresh lends in a very restrained performance, and at times, makes you think that the actor was born to play the iconic role of Sunil Dutt. Post the success of Raazi(2018), Vicky Kaushal adds yet another feather to his cap, and emerges as the clear scene stealer here, particularly in some of the film's more light-hearted moments.

Even the smaller roles get their due. Manisha Koirala adds a touch of frailty and grace to her limited role as Nargis Dutt, and in one of the film's most brilliant scenes, you get to see the trio of Manisha, Paresh and Ranbir at their emotive best. I had a hard time holding back my tears for this one. Other actors such as Anushka Sharma, Jim Sarbh, Dia Mirza and even Sonam Kapoor strike the perfect notes, although Boman Irani's customary presence as an elderly Parsi man while funny, feels like it belongs to an altogether different film.

There is a reason why Rajkummar Hirani is the most sought after director in Bollywood today. His films have always touched upon an issue with the kind of simplicity that resonates with the audiences unlike some directors who alienate a large part of the audience by trying to sound pseudo intellectual. However, where Sanju benefits from its stellar acting, it is let down by overindulgence on the director's path. There are jarring moments where you feel that the director tries too hard to make Sanju look like a Rajkummar Hirani film. There are the trademark Hirani jokes that are powered by Gujrati-Parsi stereotypes, as well as a sequence that was what I imagine as the Sanju version of the iconic 'Balaatkar' scene from 3 Idiots(2009). However, the jokes lack novelty and mostly fall flat. 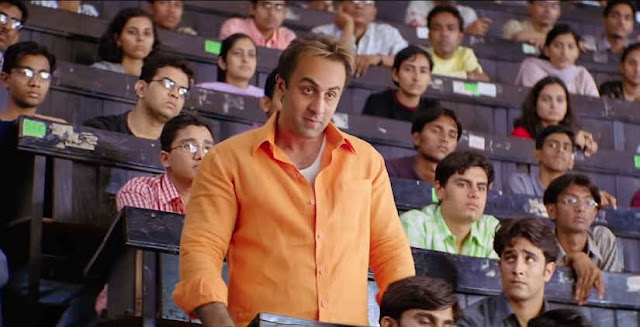 The problem with the film is that Hirani tries to decode such a tumultuous persona in the simplest manner possible, almost at the risk of diluting his charisma as the first Bad Boy of Bollywood. We are given insightful hints into what makes Sanjay Dutt tick, his womanizing ways, his affinity for bad company, but the film never for once goes deep into becoming a thought provoking character study. The Dutt we see in Sanju is fearless & unafraid of speaking his mind when he is young, and mellowed down in his aged portions. However, we're never given such an insight into what caused this change in character, how the numerous court cases, the countless media trials, the public backlashes, etc. must have affected his mindset. The Dutt we've seen in countless television interviews breaking down before each jail stint provided for much more intimate insight into his pain and disappointments. Clearly, there was a lot left out, and it's been left to Ranbir to fill in the gaps with his earnest understanding of Sanjay's nuances.

Is Sanju worth the weight of its enormous expectations? The answer is a resounding YES! Powered by a brilliant meta-performance by Ranbir Kapoor, Sanju is an unbelievably blunt, mostly honest biopic that's only slightly let down by the weight of its own expectations of being a Rajkummar Hirani film. There will be people who'll immediately sympathize with Sanjay Dutt, and there will be people who'll paint this film as just another attempt to whitewash his image.

One thing is clear and I'm sure you'll agree with me after seeing this film - "Kuch toh log kahenge. Logon ka kaam hai kehna!"